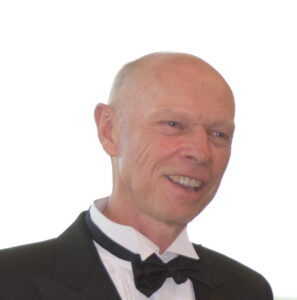 Simon Costain is the owner and senior partner in the Gait and Posture Centre LLP and has more than 45 years of practice experience in Podiatry. He held a Consultant Podiatry post in the NHS and has worked in Harley Street since 1985.

Simon is one of the founders of Podiatric Surgery and Podiatric Sports medicine in the UK, but for many years has specialised in non-surgical gait evaluation techniques and, where possible, offers alternatives to surgery for foot problems. He divides his time between his private practice and some expert witness work.

Some highlights of his experience include:

His expert witness work involves mainly personal injury evaluation both for plaintiffs and defendants, with a ratio of 75% Claimants, and 25% defendants. He has been involved in criminal cases calling on his expertise in gait analysis of CCTV footage and footprint analysis, but concentrates more now on Personal Injury cases. Simon has completed his official expert witness training and holds a (CUBS) Bond Solon certificate.  He was first registered with the Legal Services Commission as a Podiatric expert in 1985. He holds full Expert Witness institute insurance indemnity cover.

Simon Costain is highly experienced in his field and his qualifications include:

Simon regards the feet as the “Cinderella of medicine” receiving little care or attention through our life. He says “we encase our feet in leather coffins most of the day limiting their movement”. No wonder feet suffer as they are mistreated and require regular checking and maintenance by an experienced Podiatrist, in the same way we care for our teeth.